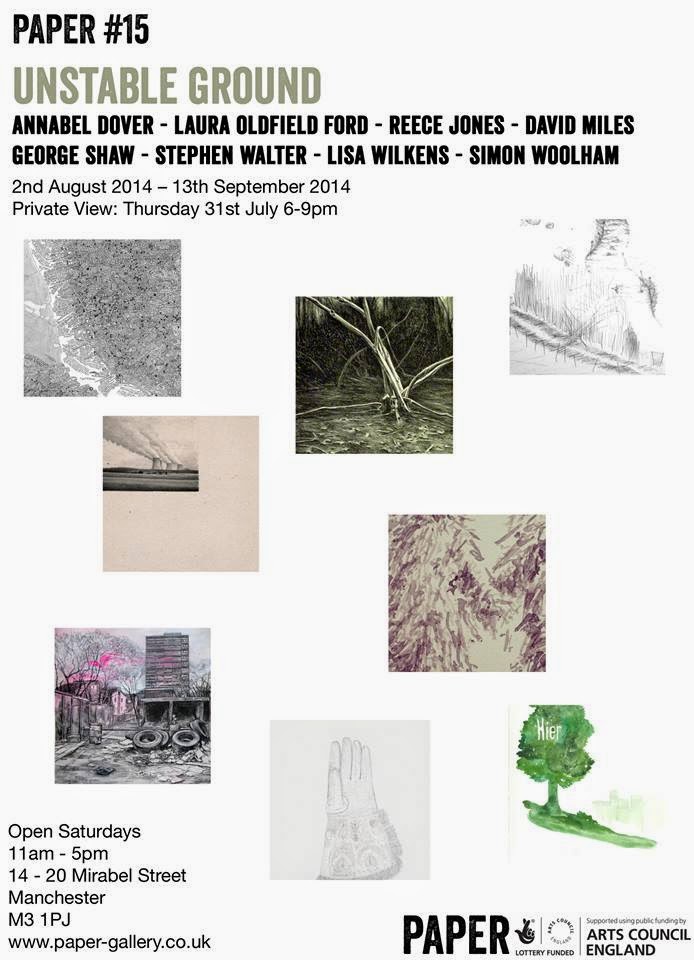 Unstable Ground considers howdrawing methods are related to experiences of autobiographical memory.The exhibition features new work from a number of artists who explore memory within their work, including Turner Prize nominee, George Shaw, Laura Oldfield Ford, who was recently included in Ruin Lust at Tate Britain, and Comics Unmasked at the British Library, Lisa Wilkens who exhibited in Paper at Saatchi Gallery.

Unstable Groundis a group show that explores the perplexing, the fragile, the experiential, and the direct relationship between the paper surface and the representation and manifestation of memory. Focussing onthe autobiographical memory of each artist, their works create an emotional dialogue between place, drawing methods, and the mediation between vision, hand, and brain.

The artists presented in Unstable Ground offer insights and glimpses into these important, discursive processes. They each have a relationship with the concept of Unstable Groundin a variety of ways,from Stephen Walter and Laura Oldfield Ford’surban mappings, revealing the hidden and complex political and poetic narratives of human life,to Annabel Dover and Lisa Wilkens’s ‘drawn out’ relationship with the memories of personal objectsand places. This is revealed in the works on many levels. The image that is immediately presented in all these works is the first of many layers. Unstable Ground attempts to dig deeper, present and open up a dialogue with seams of artistic, social and political signifiers.

As part of the process of creating this exhibition, Woollham undertook a virtual memory walk with each artist. Using Google Earth and Skype, and starting at the home where the artist grew up, Woolham journeyed through time and space, guided by the memories that are drawn out and unfold. Thisonline experience, utilised as a curatorial tool with the artists and presented as a series of videos, is an integral part of the presentation of the exhibition, unravelling and laying bare the autobiographical and artistic details around why these artists are working in a particular way. The processof the walk captureshow these artists might dialogue and use memory as a catalyst for their work.

Notes for Editor
About the artists
Annabel Dover was recently undertook a residency at Kettle’s Yard in Cambridge. Her work was included in the Jerwood Drawing Prize in 2010. She recently exhibited in Catalyst at the IWMN, Salford. Laura Oldfield Ford is currently undertaking the Stanley Picker Fellowship at Kingston University. She recently exhibited in Ruin Lust at Tate Britain, Comics Unmasked at the British Library, and Soft Estates at the Bluecoat, Liverpool. Reece Jones recently had solo exhibitions at All Visual Arts, London and Triumph Gallery, Moscow. David Miles has had solo exhibitions at The Lowry in Salford, GimpelFils in London and Brighton Museum. George Shaw was nominated for the Turner Prize in 2011, which was presented at Baltic, Gateshead. He was also included in the British Art Show 7 and the Tate Triennial in 2003. Stephen Walter’s map of Liverpool is currently on display at The Bluecoat, Liverpool. Lisa Wilkens was included in Saatchi’s Paper exhibition in 2013 and Bloomberg New Contemporaries in 2012. Simon Woolham is has had solo exhibitions at the Lowry in Salford and Chapter Gallery in Cardiff.He was included inthe 2008 Tatton Park Biennial and in 2006 he was Artist-in-Residence at the Baltic. He won the Mostyn Open 11 at OrielMostyn in 2001.

Based in Manchester’s Green Quarter near Victoria Station, PAPER is an artist-run commercial gallery led by Andrea Cotton, David Hancock, Simon Woolham, and Rachel Wrigley selling affordable and accessible works on paper. PAPER represents a range of emerging and mid-career artists whose practice is based around the medium of paper. This ranges from drawing, painting, printmaking, artist's books, video, and performance. The gallery opened in August 2012 and has become a regular participant in the Manchester Contemporary. In 2013 PAPER took part in Trajector Art Fair, Brussels, and Sluice Art Fair, London. In 2014 PAPER took part in Supermarket Art Fair in Stockholm and the Project Space Collective at the Affordable Art Fair, London and Leeds International Book Fair and the Tetley. PAPER was one of the commissioned projects in this year’s Barnaby Festival in Macclesfield.

PAPER has a regular programme of exhibitions, presenting the work of gallery artists as well as providing a platform for outside curatorial projects. PAPER also instigated an Artist-in-Residence programme, Exploring PAPER, funded by the Arts Council of England. PAPER is open every Saturday 11am-5pm.


We are delighted that Jeff Beekman's lithograph 'Red Abstract' was selected for IPCNY's New Prints 2014. You can see it (centre) on the gallery wall in Christie's Rockefeller Plaza galleries. 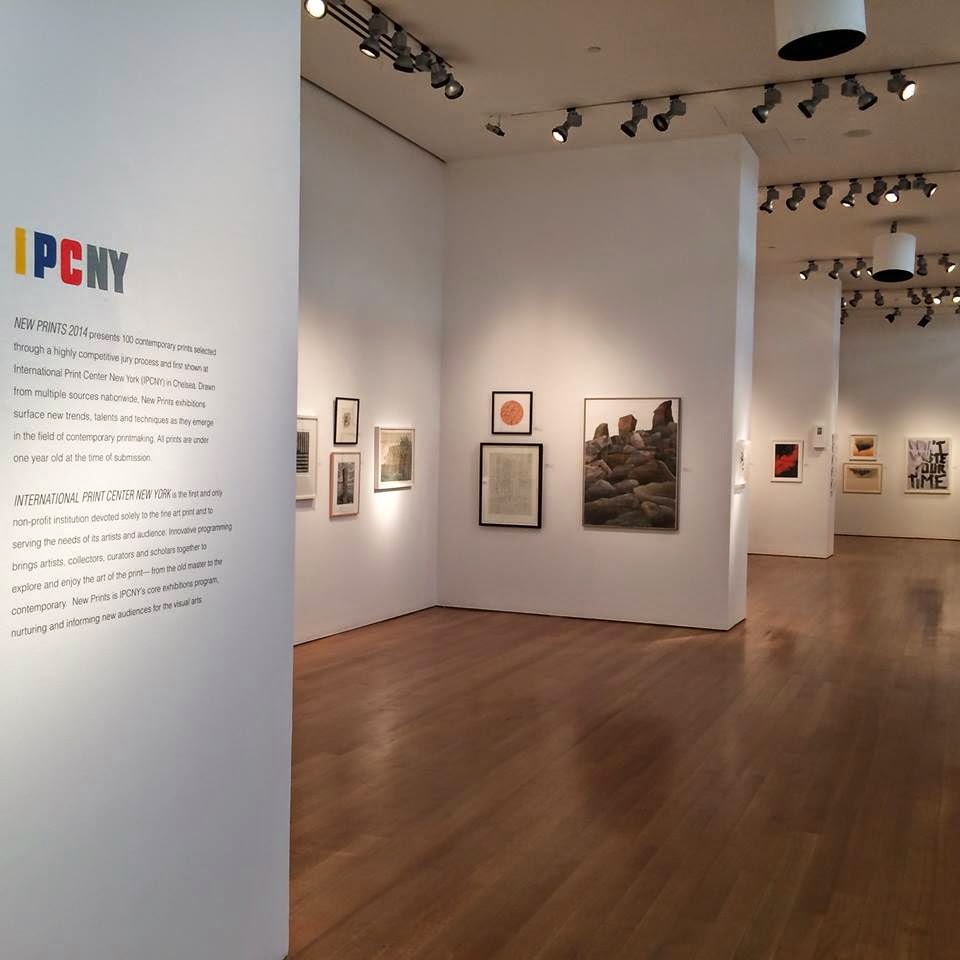