Newcastle University Fine Art under-graduate Rachael Kidd joined us last year as an assistant. Rachael has been developing her stone graining powers, most recently preparing and re-surfacing the stone for George Shaw (see bottom photo). Other tasks include assisting at the press, dusting the silver powder on the lightning bolts for Ant Macari’s ‘Yaya Con Dios’ and printing some letterpress. Rachael will shortly be creating some pieces of her own and the placement has become a LifeWorkArt module as part of her studies. 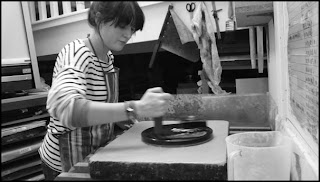 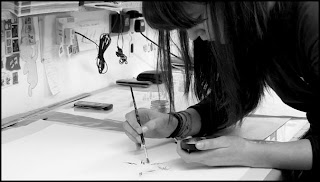 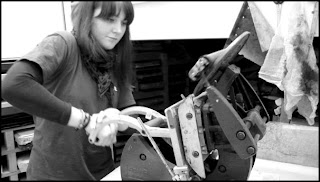 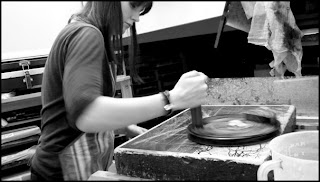