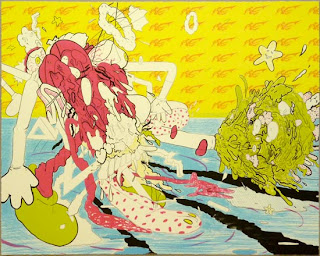 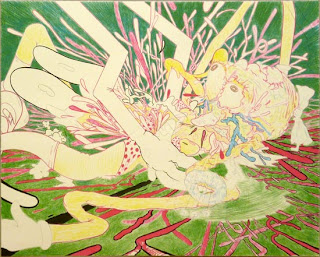 Anticipated release of these two lithographs is autumn 2011 - contact to reserve an impression.
No comments:

On Friday 1st April, David Leigh arrived in Newcastle from Albuquerque, New Mexico. We allowed him to recover from the 19 hours of travelling and adjust to the low altitude before commencing with his projects. Leigh's work is crazy and colourful with mad melted eyes. He makes drawings, paintings and wall drawings, this will be his first lithograph since is undergrad at ASU around ten years ago.

Less than a week into the project the first finished proof was pulled. Measuring 16 x 20" printed in seven colours from six photo-litho plates and a key stone on BFK Rives off white. The second image is well under way and will hopefully be completed by Thursday prior to his stupid o'clock fight out of the country on Friday morning.

We'll be having a little party on Thursday 14th April, 6-8pm if you'd like to come by and visit to meet David and see the proofs. 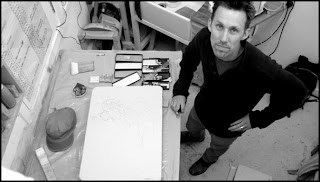 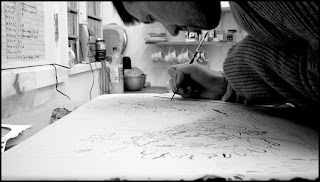 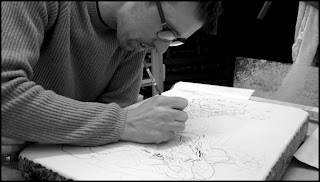 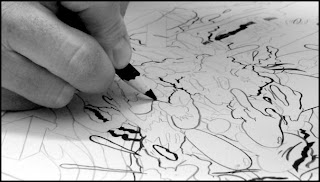 Ray Richardson travelled up from London this morning to sign his seven completed editions. You can see them all on his artist page > Ray Richardson 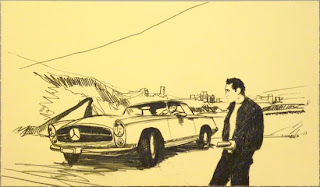 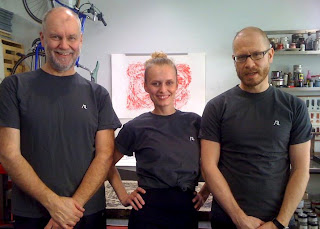 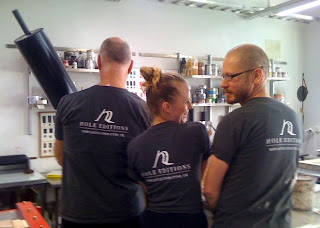